A special thank you to Potsdam State University of New York College Libraries and Marianne Hebert hebertm@potsdam.edu for allowing me to copy from their guide.

The concept upon which the library catalog is based, that of classification and categorization, relies on one way of understanding the world. Implicit bias is further introduced by the the language used, which has traditionally centered White voices. This guide aims to help patrons surface works by the historically marginalized voice in a finding tool that is biased.

Searching for works by diverse and historically underrepresented people can be challenging, in part due to standard practices in library organization of materials outlined below. It is not necessary to understand all the complexities of metadata management, but if you are curious about implicit bias in library systems read below.

Use the subject tabs for concrete strategies for finding works by historically marginalized voices.

IMPORTANT NOTE: the librarians at CSB+SJU want to bring attention to this very important topic, and are happy work with a class to discuss this or develop an assignment to help students think about these topics. Please contact a librarian!

There is implicit bias in the knowledge organization systems used by libraries. Classification systems and subject headings reflect the identities of their creators as well as the time period in which they were developed (Tomren, "Classification, Bias, and American Indian Materials" [3]). Academic libraries generally use Library of Congress Subject Headings (LCSH) and Classification (LCC) which were developed to serve members of the United States Congress who historically have been White, affluent, Christian men. It is not surprising that LCSH and LCC also tend to be White-centered, cis-male oriented with a Christian and Western worldview (Adler, "Race and Ethnicity in Classification Systems" 61).

Metadata intends to make finding information easier, and classification tries to facilitate shelf browsing, but for some research they can be inadequate. Subject headings and other controlled access points such as authors, can make searching for diverse authors and historically marginalized voices difficult.  Here are a few examples of how library systems and schema can be biased and unhelpful.

1. It is common for author headings to have birth and/or death dates, and even occupational qualifiers, but ethnicity, race, and gender information is not typically recorded. The author heading for James Baldwin includes his birth and death dates, as well as his occupation, but not his race or sexual identity:

This means if you were interested in what Black or gay authors had to say in the early to mid-twentieth century, you would have know who James Baldwin was before structuring your search. Subject headings for some of James Baldwin's books MAY identify his race, religion and the social causes he championed, but which subject headings are assigned is dependent on the in-depth treatment of the topics he wrote about:

Categorizing authors into diverse classes of people can be useful for researchers, but it is also problematic. It isn't always easy to discern what an author's ethnic, racial or gender identity might be, so if authors don't self identify, we have to rely on readily available, reliable secondary sources. When information about diversity is not available, then only some authors would get the attribute. This would inevitably lead to inconsistency in how diversity attributes are assigned. Some authors prefer not to be classed apart from authors in general. Assigning diversity attributes to authors assumes that people of the global majority and historically marginalized voices are not the norm, reinforcing their otherness, and re-affirming bias in our systems. Remember too that it has been in the past, and continues to be, unsafe to disclose certain types of demographic information. Oscar Wilde was imprisoned 1895 to 1897 for "indecency with men." Alan Turing was prosecuted for homosexual acts in 1952 and in 2022 there are 69 countries with laws criminalizing homosexuality.

2. There is implicit bias in Subject Headings. For example, most subject headings for occupations assume that professionals are men, and generally White (Ros, "Bias hiding in your library"). For example:

Title: Moondust : in search of the men who fell to Earth by Andrew Smith:

Title: They had a dream : the story of African-American astronauts by Alfred Phelps:

Subject headings are only established when a book on a topic is published and acquired by a library. There are currently no established headings for Gay Astronauts, or Transsexual Astronauts, because there are no books yet published about gay or trans astronauts.

While the implicit bias in subject headings is bad, the fact that headings exist to find diverse people in occupations is actually a helpful feature.

3. Language evolves rapidly, but subject headings are slow to change. For example, the authorized subject headings for First Nations people is "Indians of North America (LCSH)" which is not the preferred term of our Akwesasne and Canadian neighbors. Similarly, it has recently become acceptable to use the term Enslaved people when speaking about the plight of African Americans sold into slavery, however the Library of Congress authorized term continues to be Slaves (LCSH). Here is a list of problematic Library of Congress Subject Headings to demonstrate the scope of the problem.

4. There is implicit bias in the algorithms in the software that drives search engines like Google (Reidsma, "Algorithmic Bias in Library Discovery Systems"). Try a web browser search on "African American Women" and "Asian Women" and compare the results. Google is working to fix the sexualization of brown and black women, but other search engine results still favor dating sites. Proprietary library discovery software like our online catalog (OCLC Discovery) use algorithms to provide search results as well as relevancy ranking, search result filtering, and recommended resources. While our online catalog does not present the scope of unfortunate biases we see in browser search engines, search results are not always ideal. The major vendors of library software (Ebsco, Exlibris, Proquest) are aware of bias and content neutrality in system design, so hopefully they will work to improve their search engines.

5. There is implicit bias in the Library of Congress Classification (LCC) system which serves as a shelf locator for print books, and makes browsing like items possible. When the classification structure is biased, it can make browsing the shelves uncomfortable for diverse and underrepresented library users. The classification schedules are rigid, and changing a classification requires re-assessing each book, and relabeling spine labels. Here are some examples of classification problems:

Library Organizational Systems, Metadata and Why It's Complicated

The CSB/SJU Libraries employ an information management system called OCLC Worldshare Management Services/Discovery (which you know as Discovery or "Search the Catalog"). OCLC stores our online catalog records (also known as metadata) along with acquisitions and circulation data. The catalog records are owned collectively and shared among libraries across the world. While many libraries have the same book, OCLC has just one copy of the catalog record which is shared and displayed in our separate online catalogs. This means we can't do a whole lot of local customization (such as add subject terms or tags to help locate book on diversity topics), as the catalog records are not owned just by CSB/SJU.

When the records in OCLC are corrected or updated by the library that created the record, everyone sees the change immediately because there is only one version of the record. Because libraries are only able to edit records they create, we seldom have the authority to edit what we see in the catalog.

The catalog records have metadata to describe the items we own, and to provide access points or ways to search and find the items. For books, the metadata typically includes author, title, publisher information, content notes, and number of pages. It also includes subject headings and call numbers or shelf numbers based on a classification system.

Metadata is structured information that is searchable and allows catalog searches to yield relevant result lists. For example a subject search for books on "Impressionism" and "Painting" should yield all the books we own that have an in-depth treatment of the Impressionist movement. A book on painting in general, that only mentions Impressionism would not be assigned the the subject "Impressionism" so that search results using the "Impressionism and painting" subject terms would not be flooded with general works that are less relevant.

The College Libraries uses Library of Congress Subject Headings (LCSH) (established in 1898) and Library of Congress Classification System (LCC) for call numbers. Both systems are hierarchical, complex, historically biased and slow to change (Howard, "Browsing through Bias" 83). Only select librarians outside of the Library of Congress are authorized to create new headings, or participate in the change process.

There are many factors at play when it comes to searching and displaying metadata. Here are a few that make our online catalog less than perfect:

Progress and the Future of Library Catalogs

There has been a longer tradition of diversifying public library holdings and the findability of diverse books for children and young adult readers. Programs like We Need Diverse Books, Reading without Walls, and the Diverse Book Finder assist librarians, teachers and parents who strive to make #OwnVoices and books about diverse populations somewhat easier to find. More work needs to be done for adult readers and in designing discovery systems that are inherently welcoming for everyone.

Progress IS being made, but is slow to take effect. The Library of Congress (LC) is open to suggestions. There is a clickable "Suggest Alternative Terminology" in each Subject Heading record on their website, and many librarians and citizens are providing LC with alternative suggestions. LC is constantly updating and changing subject headings and other metadata terms, however, the schema they use is so massive and labor intensive, the process is slow and never ending.

LC has recognized that some subject headings are problematic and has made efforts to correct them. For example, the old heading for Japanese Americans--Evacuation and relocation, 1942-1945 seemed to imply that the incarceration of Japanese American citizens was for their own safety rather than the result of xenophobia (Vaughan, "Language of Cataloging 10). The heading was recently changed to Japanese Americans--Forced removal and internment, 1942-1945 (LCSH).

In 2013 the Library of Congress Demographic Group Terms project was initiated to better identify diversity in library collections. The project is "designed to describe the characteristics of the intended audiences of resources, and also the creators of, and contributors to, those resources." Group terms for gender, nationality, religion, occupation, ethnicity, etc. may be assigned to certain works if the author self identifies, or when the "demographics of the intended audience and/or the creator/contributor groups are readily available." While newer records in our online catalog may have this coding (OCLC), older records may not. The lack of consistency will make this metadata less useful. It will also be a while before our catalog is able to search and display this data.

Our reliance on Library of Congress Subject Headings for our cataloging is unavoidable given the system we use and our staffing levels. Tracking and maintaining local practices is too labor intensive to make it practical. Employing other schema could be more feasible, however there are currently no other workable subject or classification systems that has the scope and breadth of the Library of Congress systems, and no other systems address the problem of bias adequately. The voices of many librarians and library users are needed to fuel the changes to make library catalogs more inclusive for all. There are also other projects such as BIBFRAME, RDA and other linked data projects that may provide less labor intensive solutions. 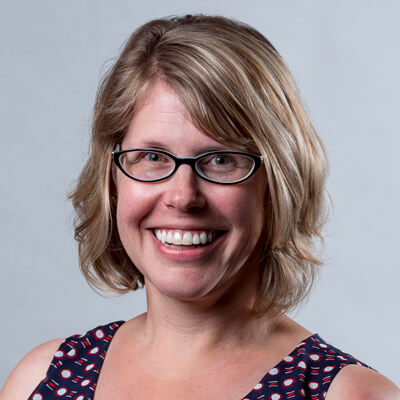 As you use our Discovery tool if you encounter subject headings or call number classifications that you have questions or concerns about, please use this form to report them:

As explained on this page we often can't fix problems immediately, but real-world examples from folks using our tool helps us advocate for change.